Aadhar Link to Ration Card Online: The Indian government has been urging its residents to connect their Aadhaar cards to their ration cards. By doing this, fraud instances, duplicate Ration cards for a single family, and several other similar problems can be avoided. An Aadhaar card and a Ration card can be linked both online and offline. We have you covered if you’re not sure how. Here is a simple step-by-step guide that explains how to link your ration card to your Aadhaar card as well as the necessary paperwork.

One of the earliest documents that serves as identification and evidence of address, the ration card can also be used to qualify for other government incentives. While the government provides subsidised food through ration cards to those who fall below the poverty level. Contrarily, it happens frequently that food does not go to the right people. The government has therefore made it essential to link your Aadhaar card to your Ration Card till September 30, 2020 in order to prevent any duplications and to ensure that likely individuals receive these benefits. Both online and offline methods can be used by individuals to link their Aadhaar and Ration card.

You must adhere to the steps listed below to link your Aadhaar and Ration Card in offline mode.

Online Process to Link an Aadhaar Card with a Ration Card

The methods listed below can be used to link an Aadhaar card to your ration card online.

The following documents must be submitted by citizens in order to link their Ration Card and Aadhaar.

The advantages of fusing ration cards and Aadhaar are as follows.

How to link Aadhaar Card to Ration Card Online

Several states offer to link Aadhaar cards to Ration cards online and to reap the benefits of the same, follow the steps mentioned below. 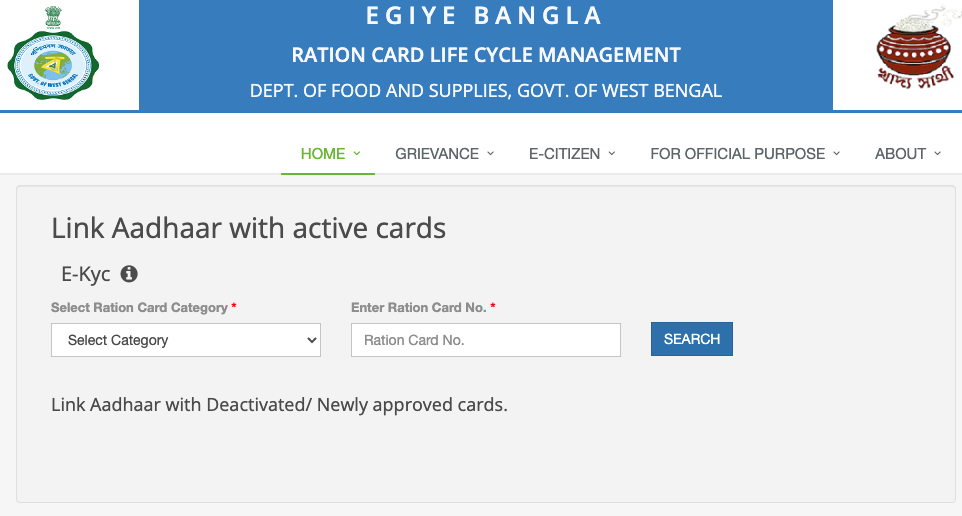 How can I find out if my Aadhaar card is connected to my ration card?

Visit the closest PDS (Public Distribution Centre) or ration shop with a copy of your ration card and aadhaar to find out if your ration card is connected to one. To determine whether your Aadhaar and ration card are linked, the relevant person will request that you provide your biometrics.

Is the tying of an Aadhaar card to a ration card required?

Yes, linking your Aadhaar card to a ration card is required, according to a government notification. By banning the possession of duplicate ration cards, this serves to prevent fraud of any kind and to ensure that eligible families do not lose out on the benefits of rationing.

There isn’t a dedicated ration card Aadhaar connection webpage. You must go to the PDS portal for your state’s official website in order to link your Aadhaar to a ration card.

How do I make my KYC update on my ration card?

You must go to the state’s PDS portal’s official website and submit the necessary information to change any information, such as the name of the family’s head of household, the addition of a family member, or your mobile number.